On The Oxnard Plain Since 1868 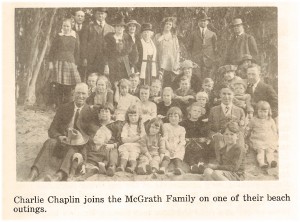 When our great grandfather first saw the six-foot-tall mustard plants growing on the Oxnard Plains during the late 1860s, that was his first clue. Coming from sheep herding in the Bay area on the same land that Cal Berkeley was next established, farming here in Southern California must have been a nice transition. Milder weather and the deepest top soil made for the perfect year round growing conditions. The main ranch house was completed in 1879 off of Gonzales Road, one mile from the ocean in Oxnard. By the time Dominick had lived out his life, over 700 acres were acquired. But it was his four sons – Hugo, Robert, Frank and Joseph – who built the ranches exceeding over 5,000 acres between Ventura and Port Hueneme along the coast. It was in the draw of cards in 1948 when all the ranches were divided by the four sons. Our grandfather, Joseph Dominick, ended up with the outer ranches: Camarillo, Montalvo, and the furthest portion of the Patterson Ranch, which is now the Channel Islands Marina. It was again in 1971 when our father and his three siblings divided up their holdings, and it is here in Camarillo where we farm two contiguous ranches that comprise McGrath Family Farms. 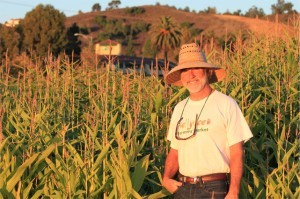 My brothers and sisters and I are fourth-generation Oxnard farmers, and we’ve got the fifth and sixth on the way. Family farming off the coast in Southern California is a tradition we hope continues into perpetuity. When you buy from us, you strengthen this tradition and hope. Thank you. Our direct marketing operation has been organic since 1995, and we have continued to share the fruits of our labor with fresh,  seasonal, local produce to our community, and surrounding areas. See you at the farm!